1914: The first automatic (dial) telephone exchange in Western Australia
2014 was the 100th anniversary of the cutting over of Perth's Central Exchange, the first automatic exchange in Western Australia. In 1914, the Perth Central Exchange was the biggest in Australia, the first to service a central business district and installed only two years after Geelong (the first public automatic exchange in Australia) but almost no information had been published about this contribution to Australian telecommunications until promoted on this site in 2014. Even Telstra neglects to mention it in its online history. To be fair, the exchange cutover coincided with the declaration of WW1 so its significance was eclipsed by that momentous event.

As an aside, Australia's first automatic exchange was actually installed in the Sydney GPO in 1911 as a company demonstration model. It was, in effect, a PABX that served PMG staff and remained in service for many years. 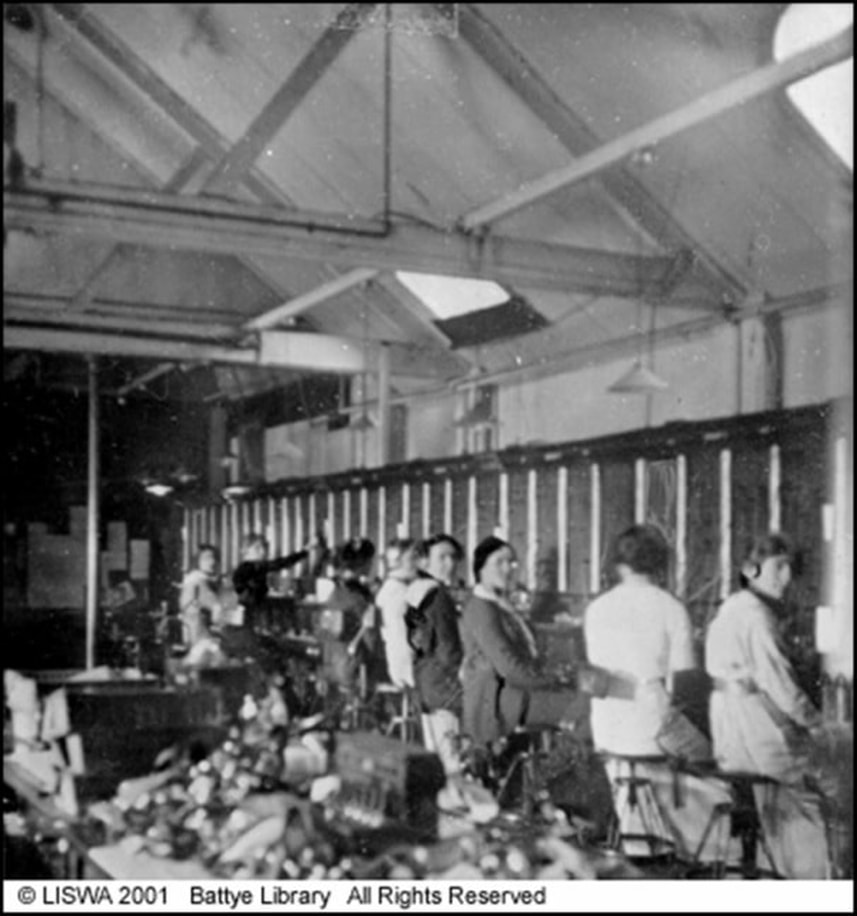 Ca 1914. Telephonists at GPO (St Georges Tce) prior to cutover of Central auto exchange
​Central Exchange in Murray St Perth was cut over on 26 September 1914 with 3200 subscribers and, as mentioned above, the biggest in the country at the time and the first in a CBD. It had two major problems from the start, the first being customers unfamiliar with dial telephony but, more seriously, insufficient switches provided by the US contractors for the predicted telephone traffic. Complaints skyrocketed but after a year or so, and a lot of legal wrangling, the equipment was upgraded and it all settled in.

Central continued to serve a substantial part of the Perth CBD for seven decades. It was finally decommissioned in 1987 and the building eventually on-sold. It is now (2017) used as business offices but externally appears almost the same as it did a century ago. 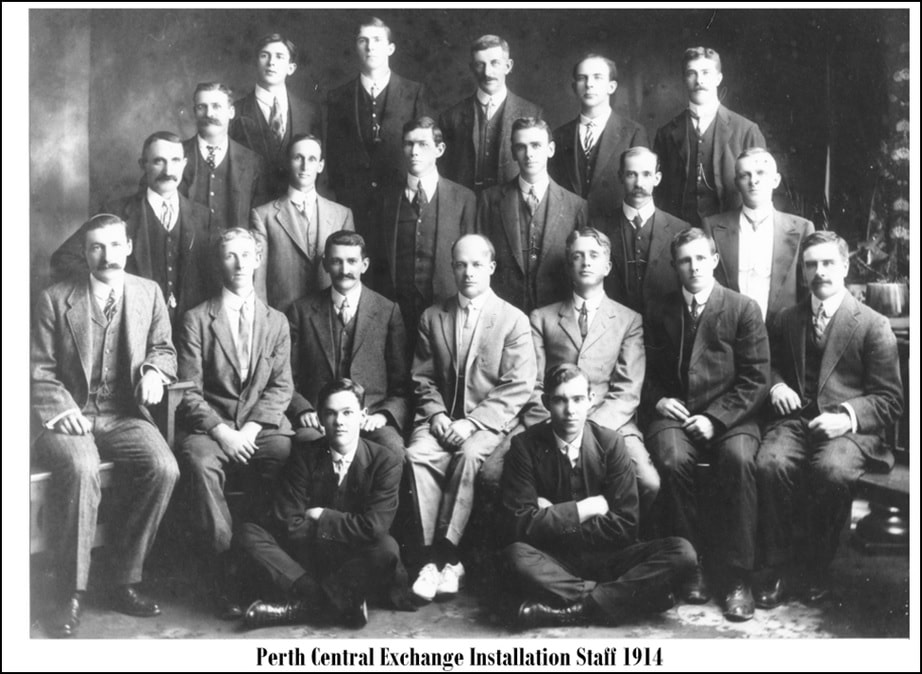 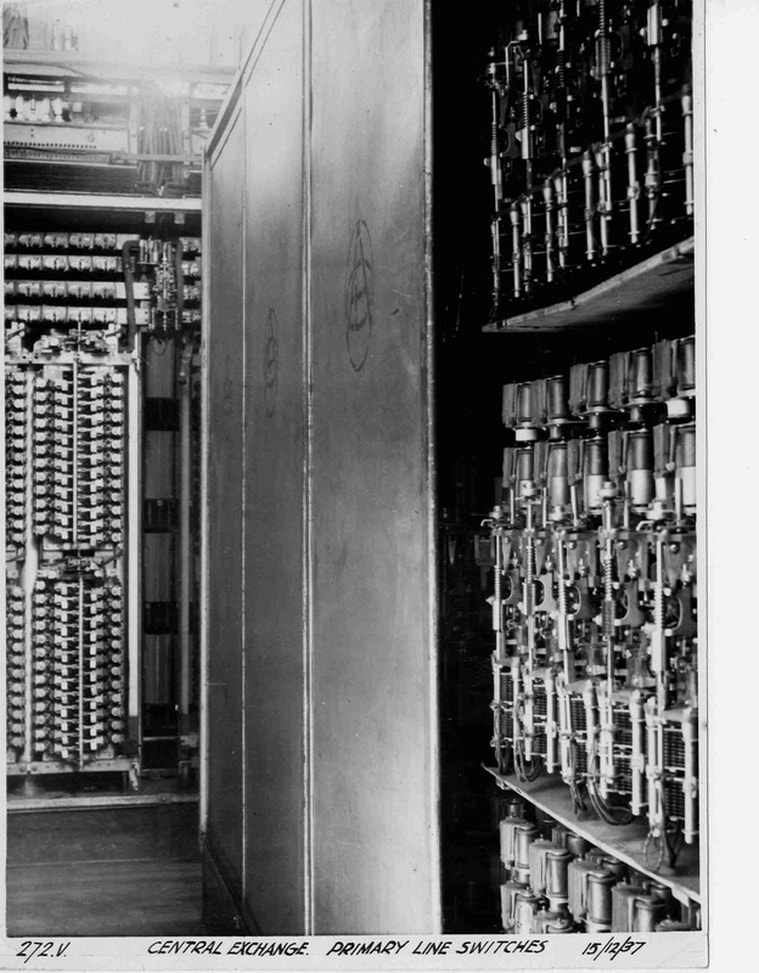 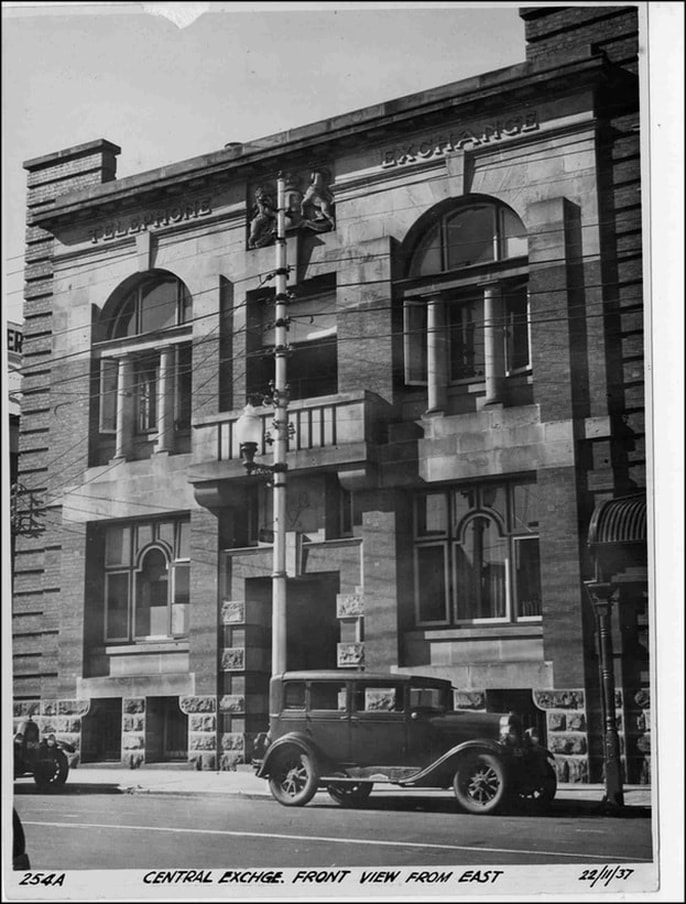 Central Exchange 1937. Image source old PMG photographs
​Some of this information was derived from a detailed research article by J F Moynihan on automatic telephony in Australia which can be found here
Powered by