​How a dial telephone works
What is a dial? 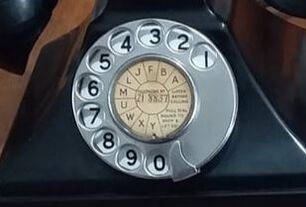 Developed from 1896, the rotary dial was an effective telephone signalling device that could set up calls in an automatic telephone exchange over the telephone line.  Note; alternative names for rotary dialling include pulse, decadic and loop-disconnect dialling. They all mean the same thing.

The dial consists of a dial face, a speed governed return spring and several electrical spring contacts operated by an arrangement of cogs, levers and an impulsing wheel. A number on the dial face/finger-plate is selected, rotated to a finger stop and let go. As the dial returns to its normal position the impulsing wheel makes and breaks the impulsing contacts.  The telephone and dial are energised by a DC voltage from the exchange (See CB system). The impulsing contacts and the exchange DC voltage create a train of pulses representing a dialled number, which in turn operates switching equipment in the exchange. Another section of the dial operates the Off-Normal (ON) contact springs which bypass unwanted circuitry, within the phone, during dialling. A description and a short video describing the mechanical operation of a typical dial can be found on this page:
​https://www.youtube.com/watch?v=ChbGQ-RyS80

An early Telecom Australia video showing the interaction of a rotary dial with the original step by step switching equipment can be seen at https://www.youtube.com/watch?v=HcvA5q8yOTo  ​
History
Automatic telephone exchanges first appeared with Almon Strowger's patent of 1891. "Dialling" methods in the first systems were very different to what we later knew as the telephone dial. A good introduction appears in the attached PDF file of a paper from 1927 describing the early history (source ​https://www.britishtelephones.com/dials/pdf/the_evolution_of_the_telephone_dial_AE_1927.pdf).
This document is within this site so do not close it, simply click back to return to this page.

German Siemens Drum dial
An interesting design of telephone dial trialled in Germany in the 1950s. Ultimately unsuccessful but, because of that, it is now prized by collectors. A Youtube video here.

Operating a rotary dial
An historic 1936 movie on using a telephone dial can be viewed at https://www.youtube.com/watch?v=uaQm30DDHL8. It is from Bell USA so the telephone instruments and tones differ from ours but the principles are the same.

Rotary dials vs DTMF keypad
The dial is a complex and accurate but surprisingly robust device. Dials persisted from the introduction of automatic telephony (1911 in Australia) until being supplanted by push-button/keypad dialling in the late 1970s  DTMF keypad signalling became the norm in the late 1980s. At the time of writing (2017) rotary dial telephones, although obsolete, still worked on most (pre-NBN) Australian PSTN exchanges. Rotary dials will NOT signal out over the analogue telephone connection of an NBN modem but DTMF will.
Dial telephone electrical operation
300 series dial phone
The following PDF file shows the circuit and describes the current paths in a typical 300 series dial telephone. Simply click on "download file". This document is within this site so do not close it, simply click back to return to the page. Below is a detailed description of the later 801/2 series operation. 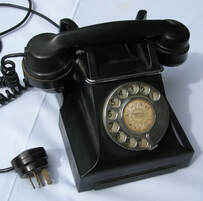 ​Technical information on repairing dial (and non-dial) telephones, the following 800 series 'phone and dials themselves  can be viewed here. 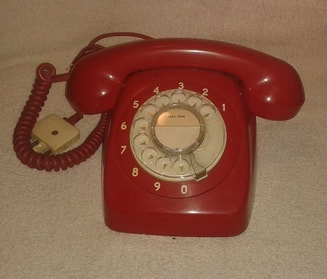 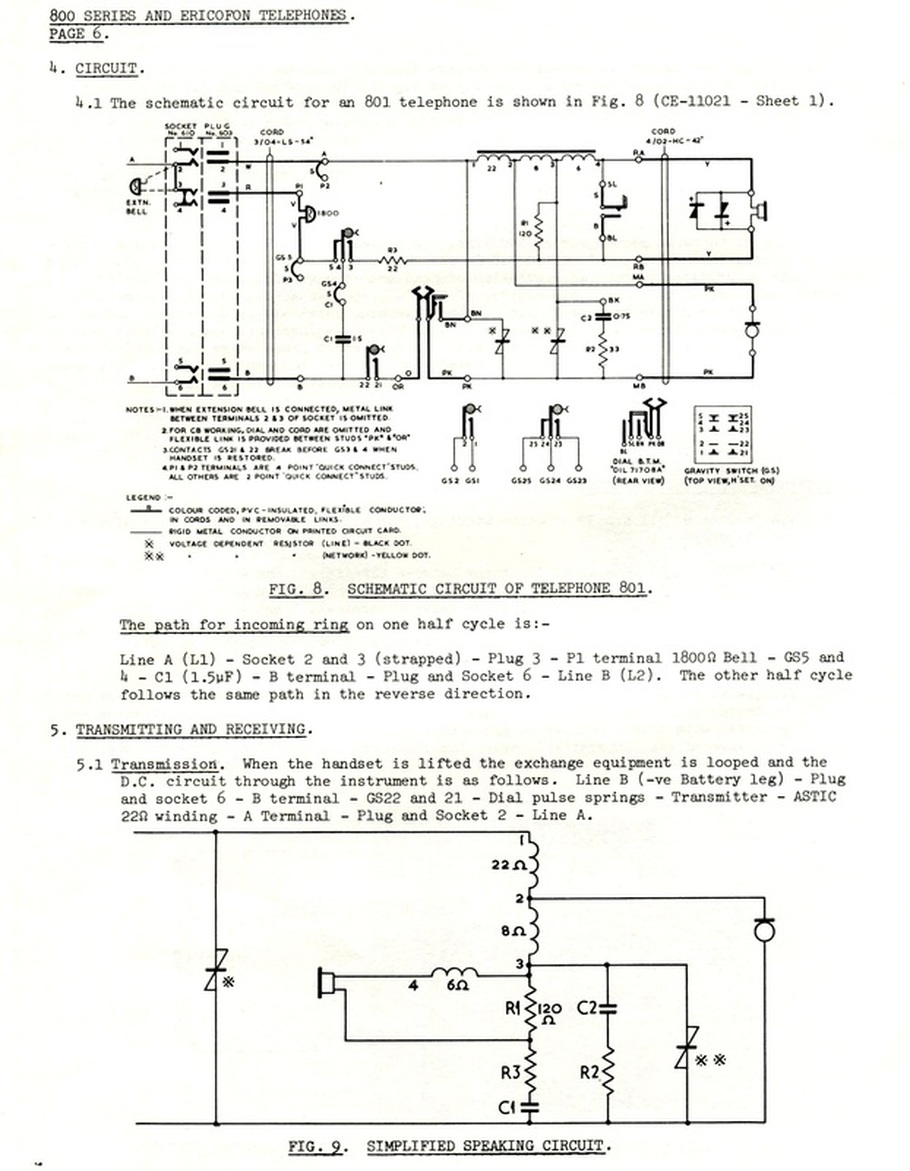 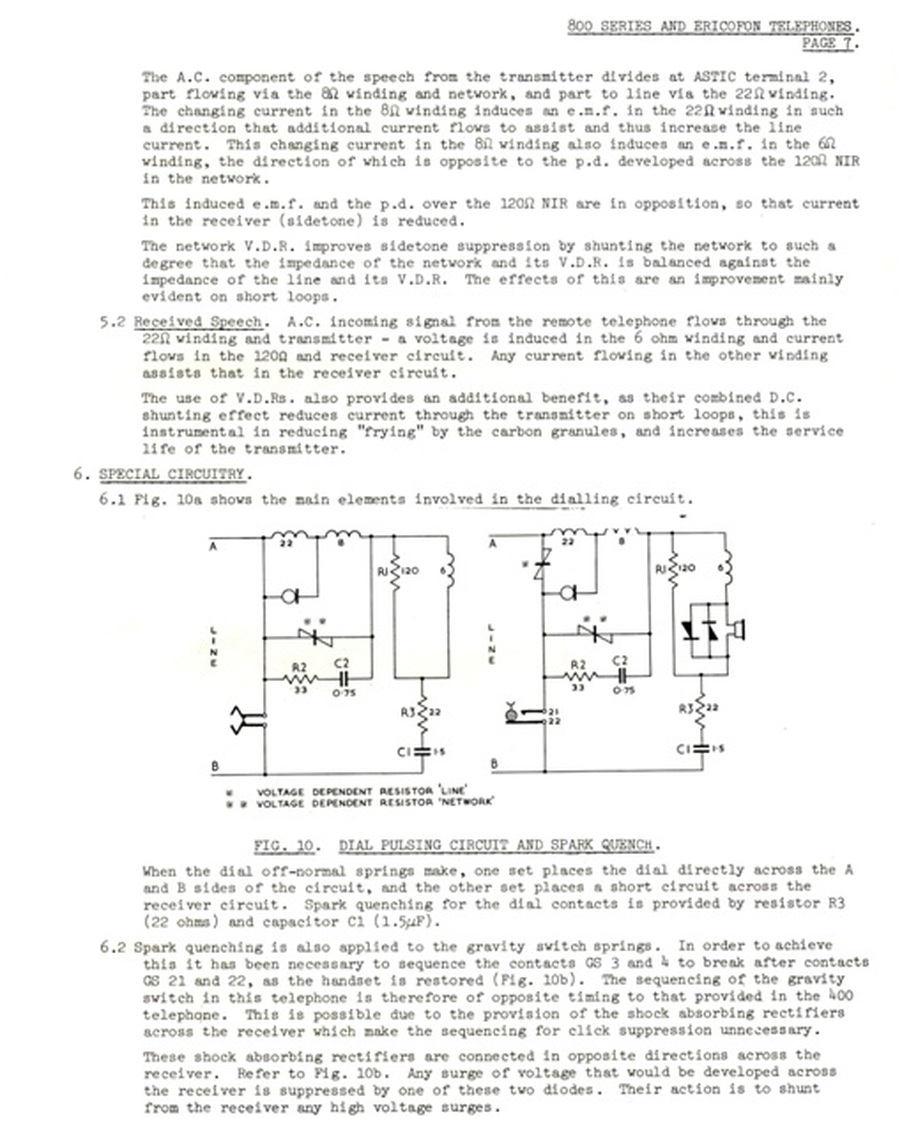